The trend of model-pretraining and task-specific fine-tuning finally fully hit machine translation as well. After begin used for some time for unsupervised machine translation training, at the end of January Facebook published a model, a pre-trained sequence-to-sequence model for 25 languages at the same time. The tile of the paper is Multilingual Denoiseing Pre-training for Neural Machine Translation and the mode is called mBART. 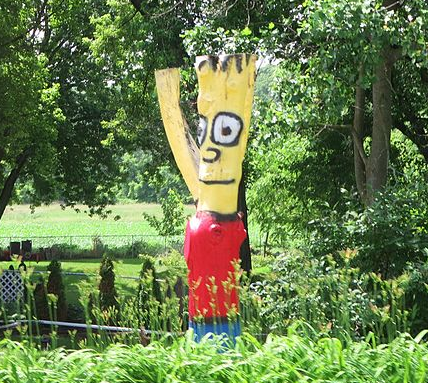 (This is how I imagine mBART looks like, courtesy of Wikimedia Commons.)

As the paper title suggests, mBART is a denoising autoencoder. Denoising autoencoders are a rather strange class of models that solve an artificial task that could be formulated as: imagine someone came, insidiously messed up your data and you should now reconstruct how they originally looked like. The reason why someone would do such a strange thing is that this trick forces the model to learn how the data look and to pick up the regularities in the data, in other words it is a way of representation learning. In the case of language, the decoder part needs to know very well how well-formed sentences look like to reconstruct them from the input noise. The encoder must be capable of picking up even the weakest clues of what the meaning the noisy input should be, so it can provide meaningful input to the decoder.

This is exactly what mBART does for 25 languages simultaneously. The model looks like a standard neural machine translation model with an encoder and a decoder, just the data is different. It is coherent text in various languages. The noising procedure is the following:

If you want to try out if you can denoise text like mBART, you can add noise to the next paragraph.

From this poor crippled text, the model is supposed to reconstruct the original text in its full beauty. As if this task would not be hard enough, mBART needs to squeeze its knowledge about the languages into a single model (yet with 680M parameters which is indeed a lot of information) which encourages it to take into consideration similarities between languages and share as much information as possible. The number of sentences spans from 56 million for Gujarati to 55 billion for English.

An immediate objection that should come to your mind is: they just used the monolingual data at a different stage than usual. If they would have used the monolingual for generating synthetic data by back-translation (a standard trick used since 2016), it might be the same. Well, it might, but their experiments show that it is not. The contribution of pre-training and iterative back-translation accumulates, so unless you have more than 15 million parallel sentence pairs, it is totally worth doing both pre-training and back-translation.

They further tested two setups of fully unsupervised translation. In one setup, they start with the very poor translation that you get when you feed the model with a sentence in one language, but tell the model to decode another language. At first, the translation quality is indeed terrible, but it gets better via iterative generating synthetic training data with back-translation. The results are comparable with the state-of-the-art unsupervised MT models. This approach (although it is not entirely novel, a model called MASS did a very similar thing already a few months earlier) is more elegant than the pipeline that starting with bilingual word embeddings, going via statistical MT to neural models (see MT Weekly 26) and gets the same or slightly better results.

Although the fully unsupervised setup is fascinating and theoretically very interesting, a more practical unsupervised setup is transfer learning when we have parallel training data for only a related language. The paper shows experiments with translation into English and the results are very interesting. For many language pairs, fine-tuning mBART using parallel data only in a related language can be almost as good using the real parallel data (of course given that the mBART was pre-trained for all the languages).

The main takeaways of this paper are: